The Wide Area Multilateration (WAM) system by ERA at Ostrava Mosnov Airport (in 2006 renamed as Leos Janacek Airport) has reached the 10th anniversary in its pioneer deployment and is now moving into a second decade of flawless operations. It has functioned non-stop without any critical errors occurring for ca 100,000 hours. The WAM system deployed around Ostrava airport in 2003 was the first WAM in the world to be operationally certified and fully integrated into the Air Traffic Control (ATC) structure. Along with the WAMs in Prague and Brno (2006 and 2009 respectively) the three systems provide nationwide coverage of Czech Republic’s airspace.

Ostrava, the country’s third-busiest airport, is located among mountainous terrain in the northeast sector of the Prague flight information region (FIR). In 2000, members of the Czech Air Navigation Services (ANS) decided to improve their air surveillance systems. The purpose of the system was to cover the Terminal Control Area Ostrava with respect to low altitudes and final approach areas and place a reliable cooperative sensor in this sector of the Prague FIR.

Until this point, only expensive SSRs were certified for air traffic separation. In the eyes of the Czech ANS, SSR was not only a costly alternative but was also an ineffective one in the face of the Ostrava terrain. The nearest Secondary Surveillance Radar (SSR) could not provide coverage below 1000 m, as the surveillance range of the SSR could not dip below the crests of the mountain range. The Czech ANS surveillance experts began researching emerging technologies as alternatives to traditional radar solutions.

The ANS of the Czech Republic contracted the ERA Company’s MSS multilateration system as a substitute for the Secondary Surveillance Radar (SSR) in 2001. The decision was based on a lengthy performance and cost/benefit analysis, which clearly determined that ERA’s wide area multilateration solution could outperform the traditional SSR at a fraction of the cost. At present the system in Ostrava is not only a substitute for the radar, but has also introduced new features which are appreciated by the controllers. First and foremost, it is absolutely reliable. The MTBF (Mean Time Between Failure) of all the modules included in the Ostrava airport’s system is approximately 600,000 hours.

The ERA system was fully installed and approved by SAT at the end of 2002 and type certified in 2003 against ICAO ANNEX 10 for interrogation and against Eurocontrol radar standards for surveillance performance after one year of trouble-free operations. The system performed so well during that year that it was certified and can even be used for 3 Nautical Mile (NM) separations. It is believed to be the only operational multilateration system in the world with such certification to date.

The original WAM system in Ostrava consists of five receiving stations based on central time architecture and two interrogators and provides ASTERIX data to the ATC systems both in Ostrava and in Prague along with the Remote Control and Monitoring Systems (RCMS) established in both centres. The system (currently consisting of seven GS) contributes to the overall ANS radar network and remains the only equipment to control separation between incoming and outgoing aircraft at Ostrava Mosnov airport. The system tracks aircraft down to the gate with an accuracy corresponding to the airport A-SMGCS sensor.

The Mosnov airport system based on central time architecture was extended in 2009 by six ground stations based on distributing architecture to provide surface surveillance of the airport and expand WAM coverage of the surrounding area. 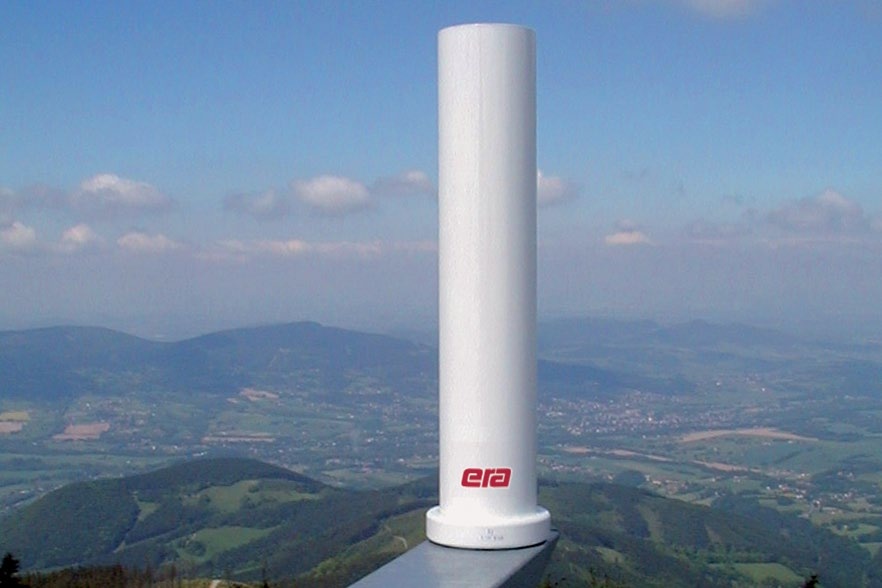 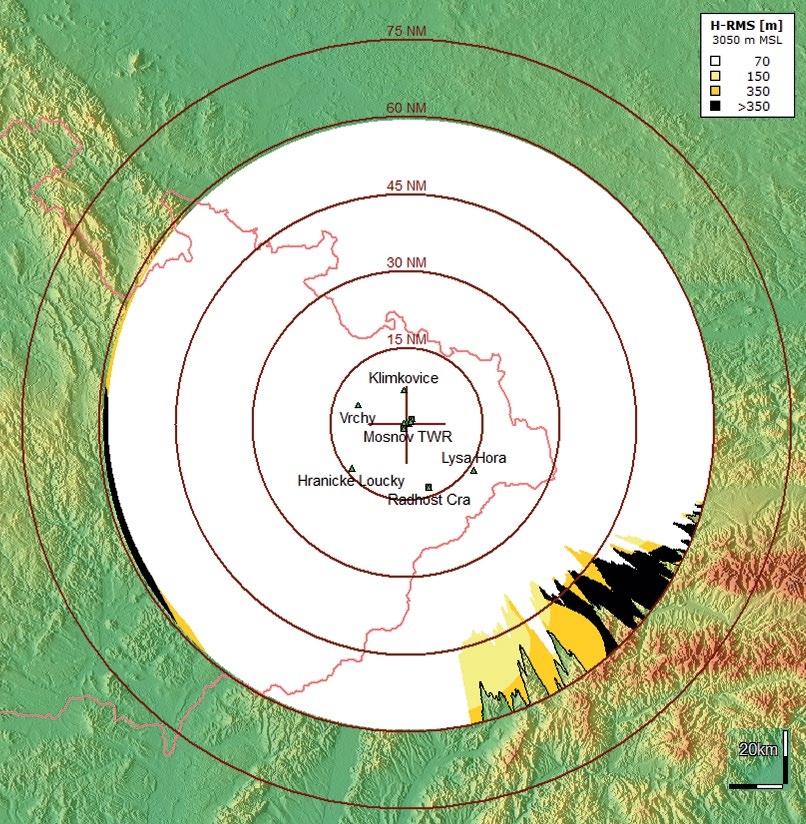 The picture shows the actual coverage and accuracy after the last extension at the flight level 100 (that means sea level 3050 metres). The coverage extends 80 NM from the Ostrava airport all the way down to the airport surface.

"ERA's multilateration systems have a long track record of performance and reliability in both surface and en-route applications. The air navigation Services (ANS) of the Czech Republic have made extensive use of ERA's capabilities since 1999 and we are currently preparing the extension of several stations for WAM Ostrava. ERA's systems truly work and they work more economically than SSR. They also meet current ecological demands as they contain 70 % software and only 30 % hardware. This means less energy and easier maintenance."