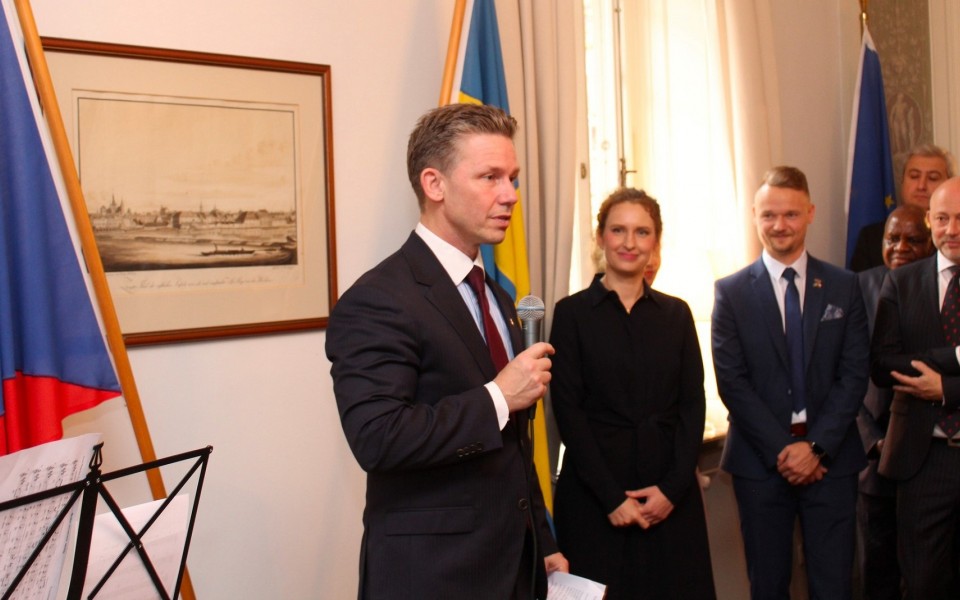 ERA was invited to a reception at the Czech Embassy in Stockholm to celebrate the National Day of 28 October and the Czech Presidency of the European Union. ERA's representative, Business Manager Jiří Kukla, took part in a busy programme of discussions led by the Ambassador of the Czech Republic to Sweden Anita Grmelová and the military attaché Lieutenant Colonel David Pastyřík; the new Swedish Minister of Defence Pål Jonson was also present. Jiří Kukla used the opportunity to strengthen relations with representatives of the Swedish Army and the Ministry of Defence. Among other things, they exchanged views on the usefulness of deploying passive surveillance systems in modern armed conflicts.