People are a key point in the story of ERA success. Three hundred employees currently work for ERA.

They create the team spirit of the company and their high level of education, experience and loyalty are the foundation stones of its accomplishments.

ERA experts proudly follow their pioneering predecessors, and by taking this difficult path of continuous innovations, prolong the half a century old tradition of development in the field of passive radiolocation. 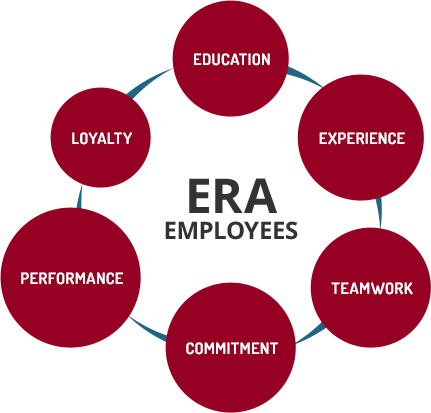 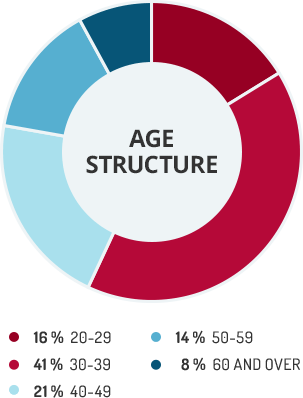 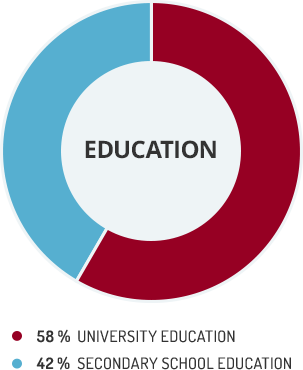 Over his 23 year career with ERA, Ondřej Chlost, MBA, has been responsible for building the sales team and establishing the sales processes in the alternative ATM solutions market, which has grown the company from a small Czech entity to an internationally recognized brand. Over that time period, ERA's market share of multilateration surveillance technologies has rapidly and significantly increased.

Ondřej Chlost began his professional career in the Czech Air Force as Commander of the Air Defence Surveillance Radar Unit. He held sales positions in the commercial sector in the management of several companies in the Czech Republic and India. He joined ERA in 1997 and successfully led the business development programme for ERA's military solutions. He served as the Commercial Director from 2012 and as a member of the ERA Board of Directors. He became ERA Managing Director in September 2021.

Ondřej Chlost received a Master's degree in Radar Technologies from the Faculty of Radar, Microelectronics and Laser Technologies, University of Defence, and a MBA degree from Sheffield Hallam University, UK.

Jakub Thomas has been with ERA from the beginning of his career. He started gaining work experience as a Bid Manager in 2009 and in the position of Sales Manager for the ATM sector from 2012. He then became Head of Business Development in 2013 followed by the position of Head of Sales from 2018 until the present. He joined the ERA management team in the role of Commercial Director this autumn.

Jakub Thomas graduated with a degree in enginnering of Transport Management, Marketing and Logistics at the Faculty of Transportation of the University of Pardubice in 2009. During the last two years of his Master's degree studies, he developed his skills as a Technical and Administrative Support for the company Nedcon. Jakub also studied abroad: Managing Customers and Markets at the University of Aberdeen, UK, and extended his knowledge of sales and marketing in 2017 by attending Cambridge Business School, where he studied Sales Management and obtained the title of MBA.

He has worked for different global companies as a quality manager, project manager and most recently as Treves group Czech plant managing director. Libor Urban studied economics and has taken numerous specific courses during his career to fulfill business requirements.

Miloslav Zavoral graduated from the College of Economics in Prague with an emphasis on accounting, corporate finance and management. He began his professional career as a manager for the East Bohemia region with the Lifox brokerage firm, a member of Prague’s Stock Exchange. He applied his experience in the securities and bonds markets with the Credit Bank of Pilsen, where he served as a branch manager in the Pardubice regional office.

Following his tenure in the banking and investment sectors, Miloslav Zavoral worked as a chief accountant, tax specialist and controller for several corporations. Joining ERA in 2005, he currently holds the position of Finance Director where he oversees not only the internal and domestic financial operations, but also broad aspects of ERA’s international financial transactions and contracts.

Veronika Jirásková started her professional career in 2003 in the position of Outsourcing Specialist in the company Panasonic Mobile & Automotive Systems in Pardubice, Czech Republic. Over five years, she gained valuable experience as Office Manager and Business Support Manager in three different UK based companies in London.

In 2010 after her return to her homeland, she started at ERA as Project Assistant. After two years, she became Project Manager and three years later was promoted to Head of Delivery Projects. She was and still is responsible for managing the team of project managers and as such the delivery of dozens of ERA multilateration systems to ANSP customers around the globe. In May 2022, Veronika was selected for the position of Project Management Director and became the first female in ERA top management.

Director of Strategy and Product Management

Lukáš Víšek began his professional career as Quality Engineer in the company AVX and SW Testing Engineer in Ceticon. He has been working for ERA in several positions since 2011. He started as a Project Engineer and in 2018 became Title-head of Strategy and Product Management and soon after was chosen to fill the position of director of this department.

Lukáš Víšek graduated as engineer at Faculty of electronics of the Czech Technical University in Prague.

Aleš Košťál has been with ERA since the beginning of his carrier. He started gaining work experiences as Bid Manager in 2007 and on the position of Sales Manager for ATM. Then he became Head of Sales Support in 2013 and joined the ERA management team in the role of the Director of Strategy and Product Management in 2017. He currently serves as Product Development Director.

Aleš Košťál graduated as engineer of Air Traffic Control and Management at Faculty of Transportation Sciences of the Czech Technical University in Prague.

As a fresh graduate, Jakub Řehounek worked for the automotive company Kiekert in the position of Finance Accountant in the nearby town of Přelouč and then briefly as Management Accountant in Kingspan, a. s. During his university studies, he also gained two years of experience as a QA Specialist at Nonstop Recruitment.

In 2017, Jakub Řehounek joined ERA and has held several positions during his tenure: Finance Project Specialist, statutory representative of Cybelix, Ltd., ERA subsidiary, and recently member of the ERA Board of Directors. In September 2021, he was selected to assume the role of director of the newly established Department of Operations.

Jakub Řehounek graduated from the University of Pardubice in 2016 and received a Master's degree in Economics and Management.