Air defence is a critical element of today's military and security operations. The ability to detect intrusion and/or movements as well as gather detailed information can make a significant difference to the outcome of a situation. The need to silently and covertly be aware of the activities of potentially belligerent neighbours is a long-standing ideal for military commanders. The need for early warning and detailed target identification are also game-changing aspects to support fast decision-making for successful military and security operations.

Traditional active surveillance solutions, while effective at detecting, locating and tracking air, ground and naval targets, are susceptible to detection and either jamming or even destruction due to their active nature. Moreover, traditional radars are unable to detect all targets, particularly targets based on low observable technology and electronic countermeasures to trick or deceive traditional radar. 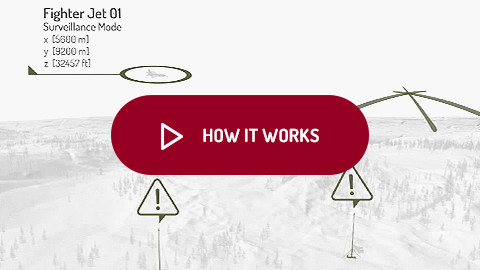 There has consequently been a long-term need for a covert, effective, mobile, solution to the surveillance requirement. Electronic Support Measure (ESM) systems based on electromagnetic emissions from targets are not new but have in recent years become based on the TDOA principle. Such systems are collectively known as Passive ESM Tracking systems (PET) or more generally passive surveillance. TDOA based PET systems tend to be faster to resolve target information, more accurate than previous passive technologies such as direction finders (DF) and easier to deploy. The passive surveillance system, specifically PET, is currently recognized as an essential sensor for any Air Defence surveillance network.

Sees without being seen 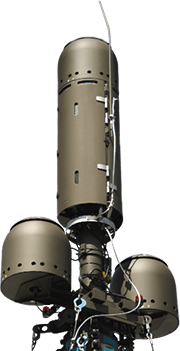