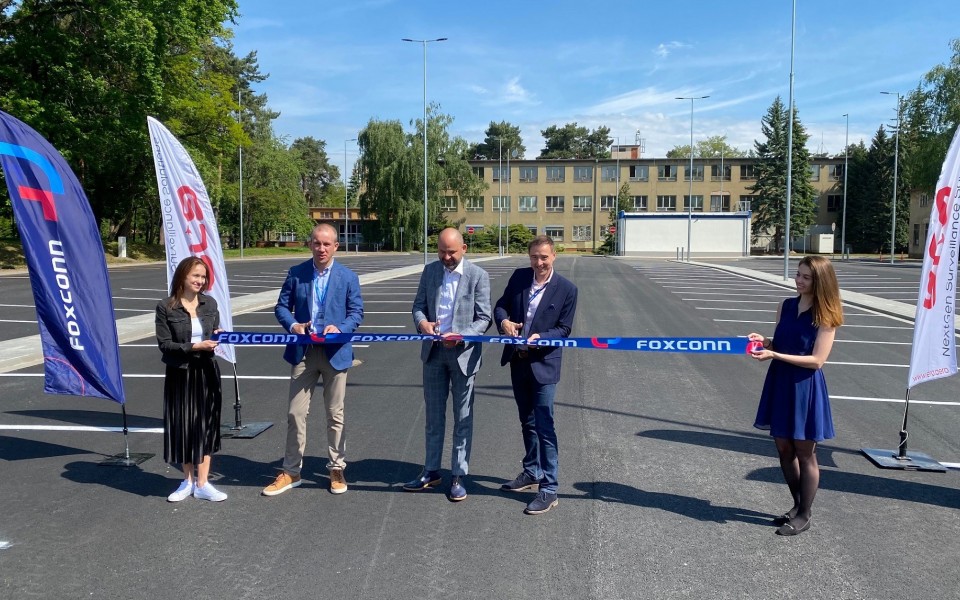 Thanks to the joint efforts of ERA and Foxconn, two new parking lots for employees have been created

A new guarded and lit car park for 162, including two places for holders of ZTP (severe health disability) parking cards, is being opened for employees in the Foxconn Zámeček section. The financing of the construction of a new car park for Foxconn employees was provided by ERA. In return, ERA's neighbour company Foxconn sold its western car park and employees of the adjacent ERA will be able to use it.

At the end of February 2021, a contract was signed with ERA, which owned the land of the former Foxconn car park (Zámeček west). To pay back the favour, ERA has built a new modern car park for Foxconn employees at its own expense. The result of this cooperation between the two companies is the improvement of conditions for all employees who commute to work by car.

"I hope that the car park will serve the needs of the employees and that they will like it. Thank you very much again for this opportunity to work together on this project to create something so great for the employees of both companies," commented Viktor Sotona, CEO of ERA.

"I would like to thank ERA and the staff of both companies for making this project a reality," said Allan Keown, Foxconn’s Vice President and CEO of Division G. "I think this is an important step in improving the whole area," added Nicky Monaghan, Foxconn’s Vice President and CEO of Division D. "The parking situation here will improve, and everyone around will benefit in the end from this new construction."