Soekarno-Hatta International Airport (SHIA) is ranked no. 9 worldwide in terms of passenger traffic with 58 million passengers (in 2012) and roughly over 500,000 aircraft movements per year. It has a 12.1 % increase over 2011. The airport is the main airport serving the greater Jakarta area on the island of Java, Indonesia. (Its IATA code, CGK has its origin in the word Cengkareng, a sub district located north-west of the city.) Indonesia with a population of 240 million is a new economic powerhouse in the Asia Pacific. The ATM systems needed upgrades in order to accommodate the air traffic in Indonesia’s airspace, larger than the airspace in all of Europe.

Soekarno–Hatta Airport began operations in 1985. Terminal 2 opened in 1992 and Terminal 3 opened in 2009 with the total passengers reaching 43.7 million in 2010, surpassing the 38 million passenger capacity of all 3 terminals. In order to overcome the overcapacity ground breaking was carried out in 2012 at terminal 3 to turn it into an Aerotropolis airport which can serve 62 million passengers per year. This should be completed by the end of 2014.

The airport´s fast growth has represented an enormous challenge for airport officials. The huge increase could not be met by slight improvements and reconstruction only. Safety concerns became first rate facing the rushed expansion – SHIA needed improved airport ground surveillance. ATM officials decided to search for systems which could bring on scene next-generation technologies based on multilateration and ADS-B to provide complete advanced surface surveillance.

ERA installed its Multi-sensor Surveillance System (MSS), included as an integral part of the A-SMGCS solution and the system successfully passed the Site Acceptance Tests at the end of 2012. The project at Soekarno Hatta International Airport in Jakarta has been realized under contract to a local main contractor. ERA was the prime leader in this project cooperating with the company AviBit with their data fusion as subcontractor for the entire project. The customer Angkasa Pura II was extremely pleased the short project realization time the whole project was finished in less than 8 months instead of 12

The ERA surface multilateration solution is capable of addressing the serious risk of runway incursions in critical areas. MSS provides the surveillance of the aircraft required for advanced-surface movement guidance and control systems (A-SMGCS) to provide safety and facilitate the increased number of operations and more efficient control of the airport resources.

The delivered system consists of 32 ground stations situated at the airport and is designed with ERA’s unique Centralized timing system architecture. This architecture is fully independent from external sources of time synchronization of remote sites and provides an extremely high level of system accuracy. The entire solution utilizes the MSS by ERA multilateration and ADS-B surveillance data to provide air traffic controllers with uninterrupted identification of aircraft and equipped vehicles. Apart from MLAT ground stations, ERA also delivered 50 vehicle tracking units SQUID - ADS-B transmitters which serve as vehicle mounted beacons to track the exact position of all the surface mobile equipment.

The MSS system is dedicated to providing surveillance data including location and identification of the Mode A/C/S transponder-equipped aircrafts and location transmitter equipped vehicles within the specifications in the coverage volume of the airport surface and airport vicinity. The coverage volume means the volume of space which involves all parts of the aerodrome surface where aircraft movements take place along with the surrounding airspace, which affect surface operations. Three distinct coverage volumes were specified for MLAT performance at SHIA: runways and taxiways, aprons and stands and the final approach region. 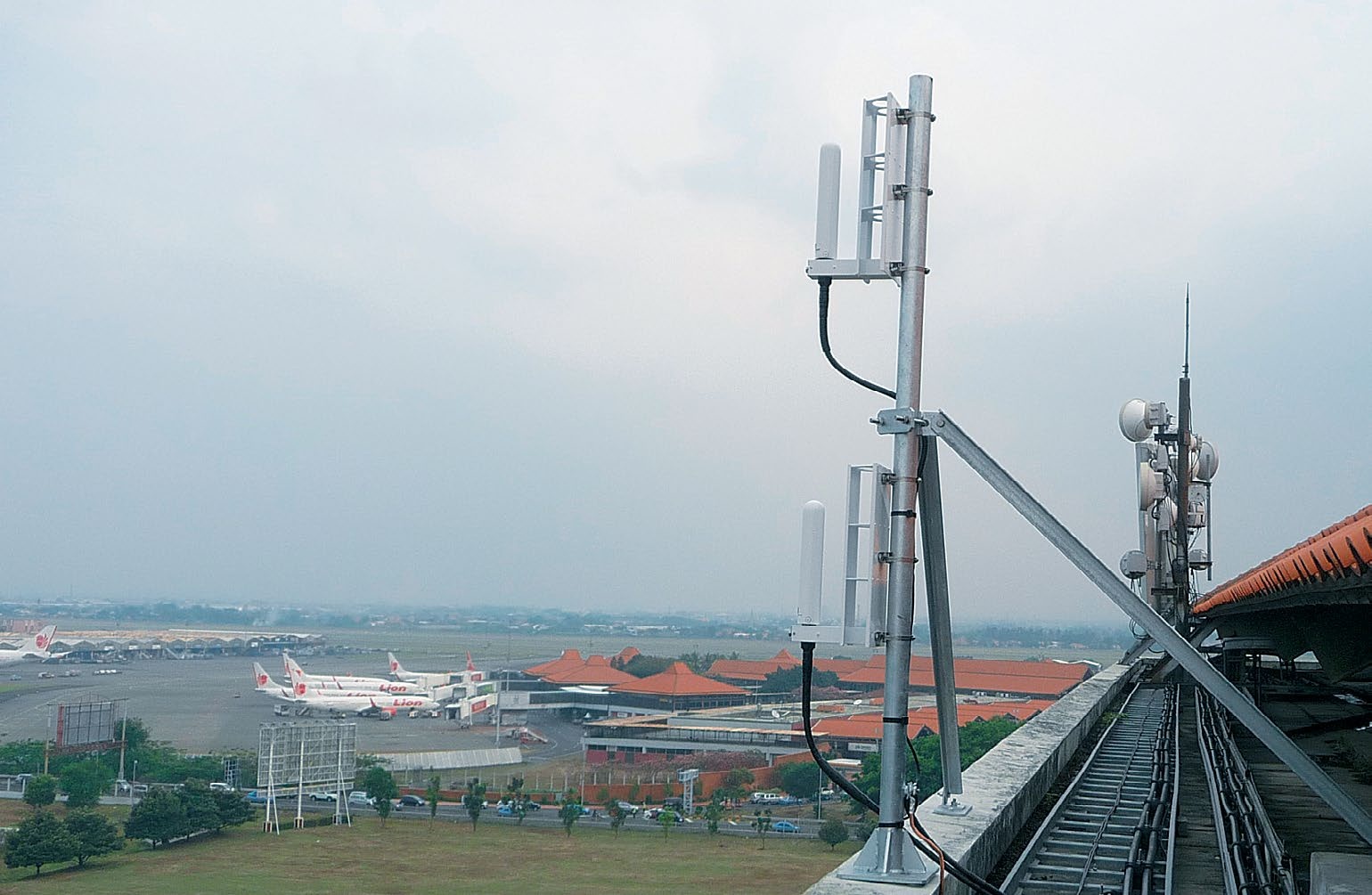 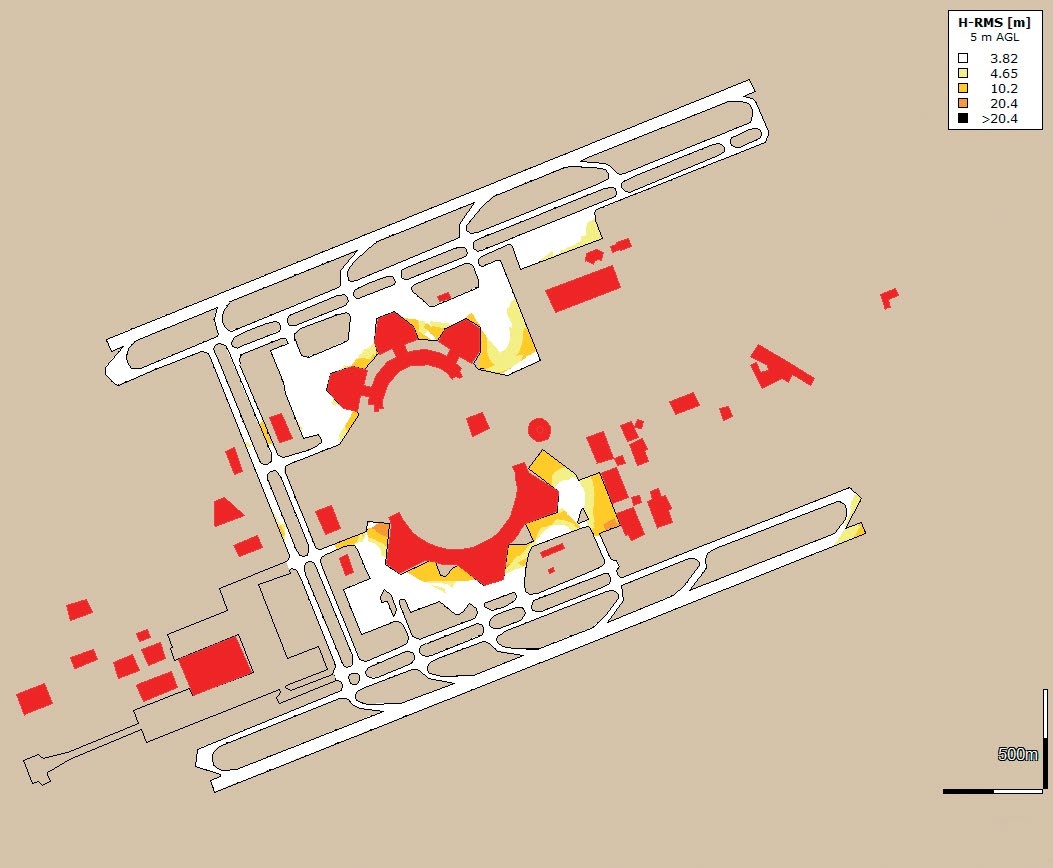 The multilateration performance with accuracy expressed by the coloured contours in meters: very good accuracy is achieved across the whole specified coverage volume, around the terminal area accuracy is decreased, but still in accordance with system requirements. (The terminal buildings - red)

The ERA customer PT Angkasa Pura II is one of the State- Owned Enterprises in the Ministry of Transportation engaged in airport services in Western Indonesia. Angkasa Pura II was established to manage and run the business at the Jakarta Soekarno- Hatta International Airport. SHIA began operations in 1985, replacing the former Kemayoran Airport for domestic flights in Central Jakarta and Halim Perdanakusuma International Airport in East Jakarta.

The ERA partner and collaborator in this project, company AviBit is a leading provider of next generation ATC solutions that enhance airspace and airport operations. AviBit has provided its advanced software solutions to many international ANSP’s and airports. The core portfolio contains a level 3 A-SMGCS (ACEMAX®), the Tower Information System INFOMAX® and the electronic flight strip system DIFLIS®, including digital departure clearance DECLO S® and arrival and departure management functionality.