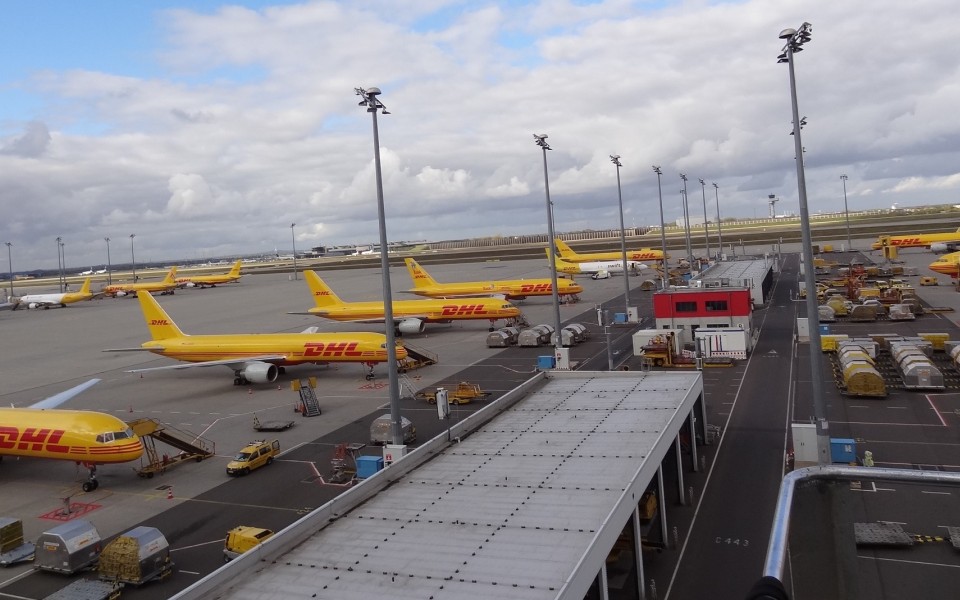 ERA announced having passed another milestone to meet the contract to deliver its NEO surface guidance system as part of A-SMGCS at the Leipzig/Halle international airport. The system has gone operational in Q2/2022 after the procedure of Site Acceptance Tests (SAT).

ERA Company, renowned in Germany as a reliable supplier of multilateration solutions, was awarded the contract in 2019 and assigned by DFS, the German ANSP. The realization was slightly postponed due to the pandemic situation and the project has experienced a number of difficulties caused by the covid restrictions. ERA has installed a net of ground stations as a modern surface surveillance solution for the Leipzig airport control centre and supplied several SQUID squitter beacons as a vehicle tracking system to make the traffic in the airport area even safer.

The delivery of the Leipzig system is the last phase of a larger project to supply four German airports with multilateration technology. There are similar systems already in use in Dusseldorf, Stuttgart and Cologne. ERA delivered once more its NEO by ERA multi-sensor surveillance system (MSS) – the fourth generation of the certified composite solution of multilateration with ADS-B functionality. This multi-solution system (MLAT, WAM, PRM, HMU) has a robust system design, enhanced signal detection, reduced power consumption and is international standards compliant (ED-117A, ED 142, ED 129, ICAO Annex10 IV, etc.).

The customer will have the benefit of increased reliability of position data of all aircraft and mobiles thanks to the unique central time architecture of the ERA system. These kinds of multilateration systems have been delivered to major international airports (in fact 20 out of the 50 busiest worldwide), including Beijing, Kuala Lumpur, Jakarta, Auckland and Madrid. There are also several other ERA surface systems functioning at airports in Germany, apart from those listed above: Munich, Hamburg, Braunschweig, and Berlin.

The airport in Leipzig, officially Leipzig/Halle Airport, is an international airport located in Schkeuditz, Saxony, Germany and serves both cities: Leipzig and Halle. Leipzig airport is the second most important airport in Germany (the fifth in Europe) in terms of the amount of cargo traffic; all the masks, tests, etc. imported to the Czech Republic from China during the covid time passed through its gates. The airport’s cool look also served as the location to take shots for the highly popular “hero movie” Avengers.

DFS Deutsche Flugsicherung GmbH, the German air navigation service provider, is a State-owned company under private law with around 5,600 employees as at 30 June 2022. DFS ensures the safe and punctual flow of air traffic over Germany. Around 2,200 air traffic controllers guide more than three million flights through German airspace in peak years, up to 10,000 every day. The company operates control centres in Bremen, Karlsruhe, Langen and Munich as well as control towers at the 15 designated international airports in Germany. The subsidiary DFS Aviation Services GmbH markets and sells products and services related to air navigation services, and provides air traffic control at nine regional airports in Germany and at London Gatwick Airport and Edinburgh Airport in the UK. DFS is working on the integration of drones into air traffic and has set up a joint venture, Droniq GmbH, with Deutsche Telekom. Other subsidiaries include R. Eisenschmidt GmbH, which markets publications and products for general aviation, and Kaufbeuren ATM Training GmbH (KAT), which provides training for military air traffic services personnel. The joint venture FCS Flight Calibration Services GmbH offers flight inspection services. www.dfs.de 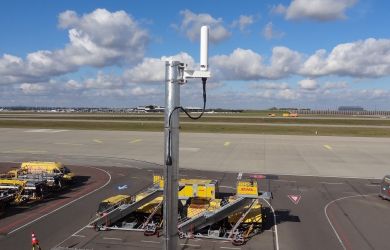 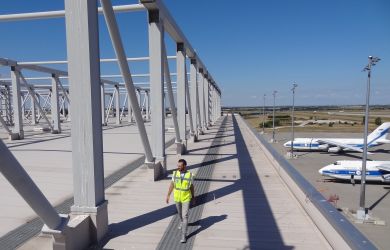 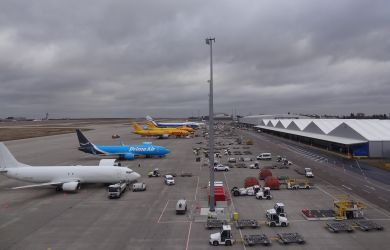 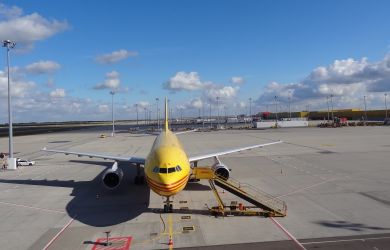 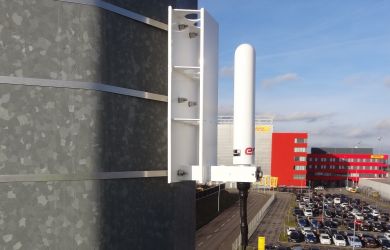 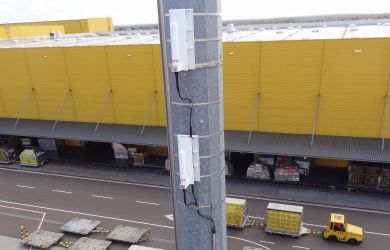