Heydar Aliyev International Airport (GYD), is the busiest airport in the Caucasus having seen a 240 % increase in flights over the last 10 years. The number has grown from 15.5 thousands flights in 2001 to 37 thousands in 2010. The airport has very strategic location on so called “Silk Way” connecting West with the East, hence becomes more and more attractive for transit and cargo flights. Economic development of Azerbaijan Republic increase business activities in the country which also increase passenger flow to Baku. There was also huge reconstruction program for the airport on-going at the same time: new modern building of international terminal, ATC centre and TWR, new large apron, new runways etc.

The increase in traffic has driven the need to implement additional airport surface surveillance to mitigate the risk of runway incursions and other ground traffic related incidents. The requirements of the customer had specified that the proposed system should have:

Together with its partners, HITT and Terma, ERA was awarded a contract to deliver a solution consisting of an Air Traffic Control system fed by both new surface movement radar and Multi-sensor Surveillance System (MSS) by ERA in 2011. The multilateration system by ERA consists of 18 ground stations with support of 60 Vehicle Tracking Units SQUID using ADS-B technology.

The MLAT surface system is developed as extension of already successful implemented Wide Area Multilateration system Caspian Sea. The contract was built on the success the Azerbaijan Air Navigation Service (AZANS) has earlier experienced with ERA Wide Area Multilateration (WAM) system deployed to monitor low flying helicopters and aircraft over the Caspian Sea. This project started when air traffic operations become more demanding in oil and gas sector of Azerbaijan. The WAM system consists of 10 ground stations and the installation went operational in 2010.

The final solution has brought also the financial benefits to customer: the central processing unit could be shared by both systems thanks to the use of the standardized and modular solution of MSS by ERA.

AZANS Department of „Azerbaijan Hava Yollari“ CJSC was established in 1996 and is the responsible body for ATC within the airspace of Azerbaijan Republic. The airspace is 165,400 sq. km, 86,600 of which is land and 78,000 sq. km is above the Caspian Sea area. Azerbaijan is farthest ECAC Member State to the east of Europe bordering with Kazakhstan, Turkmenistan, Russia, Iran, Georgia, Armenia and Turkey. 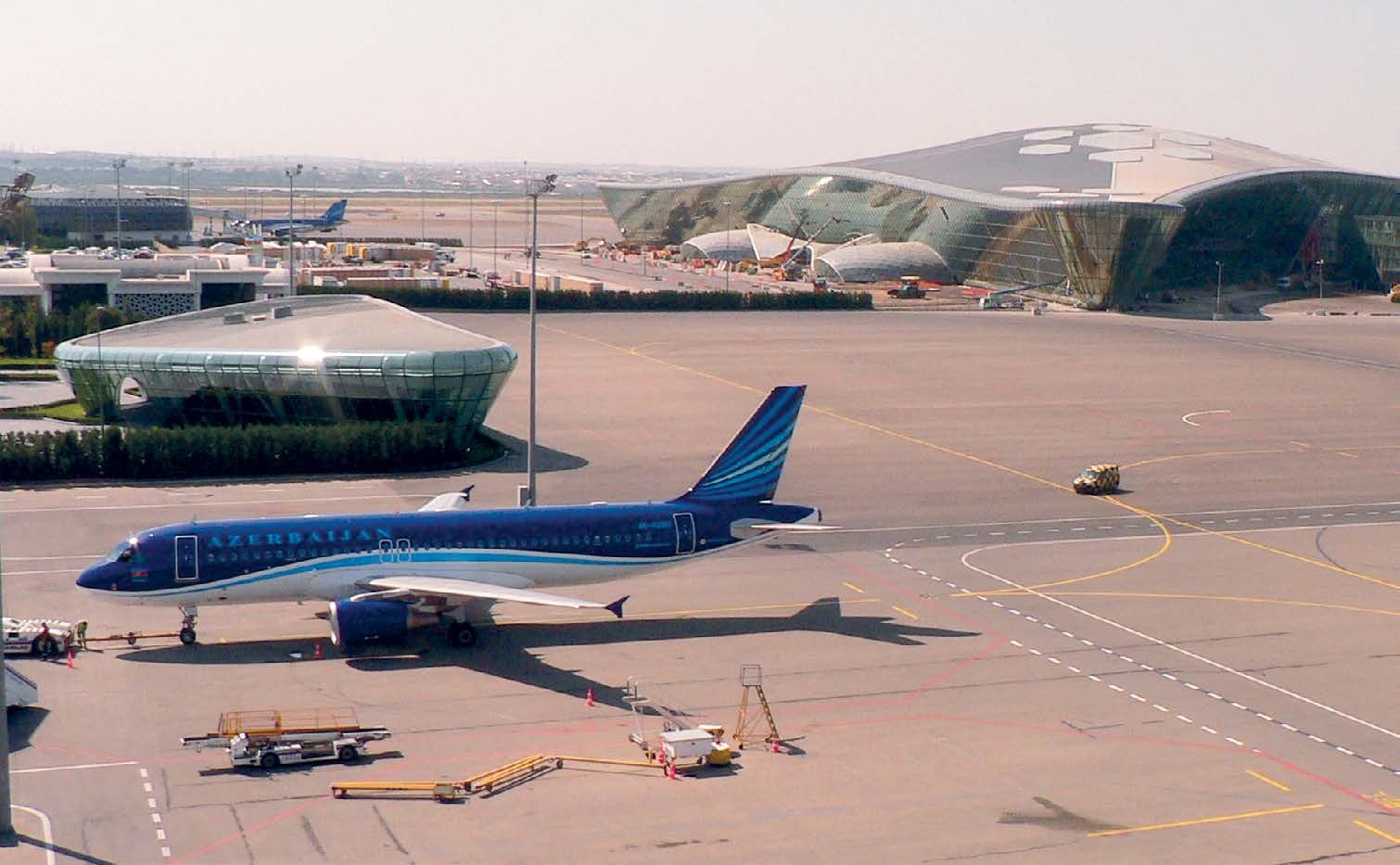 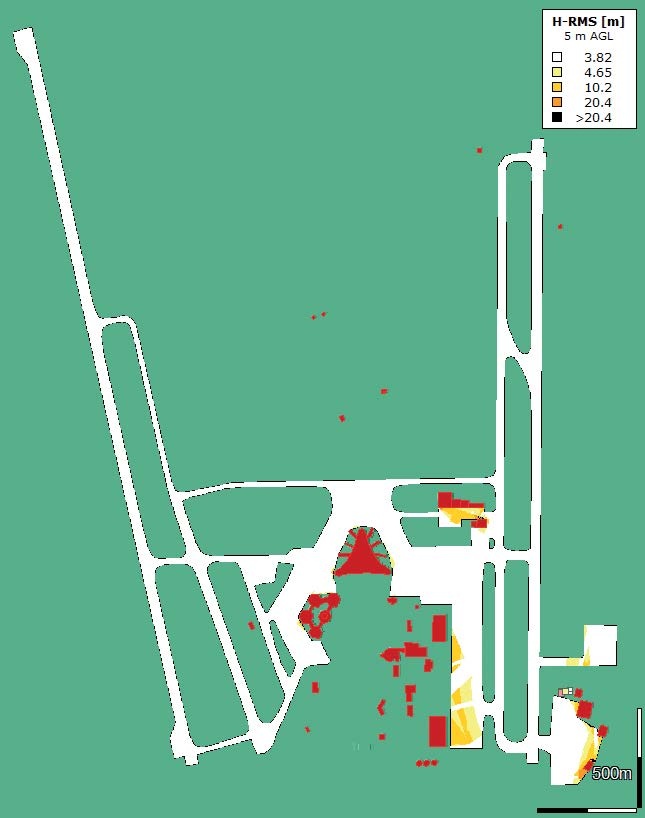 The accuracy diagrams have been calculated by the validated CASPER simulation tool. The simulations are based on simplified airport model and idealistic environment. Predicted MSS system accuracy H-RMS for level 5 m AGL is presented on figure.

"We chose ERA because it is well known and proved company for MLAT systems. The new surface system utilizes the infrastructure previously deployed by ERA thus ensuring a smooth deployment and certification process"