Cairo International Airport (CAI) is the busiest airport in Egypt. It is located northeast of the city and has an area of approximately 37 square kilometres. The airport is administered by the Egyptian Holding Company for Airports and Air Navigation. Cairo International is the second busiest airport in Africa after Tambo International Airport in Johannesburg, South Africa. Over 45 passenger airlines use Cairo airport (including charter airlines) and 9 cargo airlines. National Airlines EgyptAir is the largest operator at the airport. The airport has three runways and four terminals, with the third (and largest) opening in 2009 and the Seasonal Flights Terminal opening in 2011.

The project was initiated as a result of Cairo international Airport’s rapid growth and the inability of controllers to maintain complete visual surveillance across the entire airport surface. In order to enhance the safe and expeditious flow of traffic at the airport, the National Air Navigation Service Company (NANSC) ordered an Advanced Surface Movement Guidance and Control System (A-SMGCS). The airport’s mission has been aimed at becoming a passenger and cargo hub for the Middle East North Africa region (MENA). In order to help this happen an extension to the Cairo A-SMGCS system was proposed with a multilateration system which incorporates vehicle tracking. The main benefit of this integration is its ability to automatically identify the tracks.

A-SMGCS solution implemented at Cairo airport was provided by Holland Institute of Traffic Technology (HITT ) in co-operation with ERA and went operational in 2011. ERA’s surveillance technology has been deployed under contract to HITT having been selected as part of their complete A-SMGCS system.

The Multi-sensor Surveillance System (MSS) by ERA was implemented as designed with 35 ground stations covering the approximately 37 square kilometres of the airport. There are also 19 SQUID vehicle tracking units by ERA functioning to support the surface traffic surveillance. With their use of enhanced adaptation and calibration techniques the system was delivered earlier than planned. A unique feature of this implementation is its reliance on a network of Motorola Canopy wireless links to convey positional data from ground stations to central processing using an encryption algorithm.

MSS by ERA, designed for round-the-clock operations, is based on the Time Difference of Arrival (TDOA) multilateration principle and provides accurate and reliable real-time location and identification of all aircraft and other objects equipped with a Mode A/C/S transponder. The system also decodes ADS-B messages (1090 ES) and can be configured as a stand-alone network of ADS-B ground stations, capable of independent ASTERIX output.

MSS by ERA is a distributed system which has a number of sensors spread throughout the geographical coverage area, in contrast to conventional radar, which has a single sensor which is typically located at the centre of the coverage area. With the MSS, data is collected from an array of sensors and transmitted to a central processor where the positional data is calculated. The data is forwarded in the ASTERIX format to the required Air traffic Control surveillance applications such as HITT A3000 A-SMGCS solution. 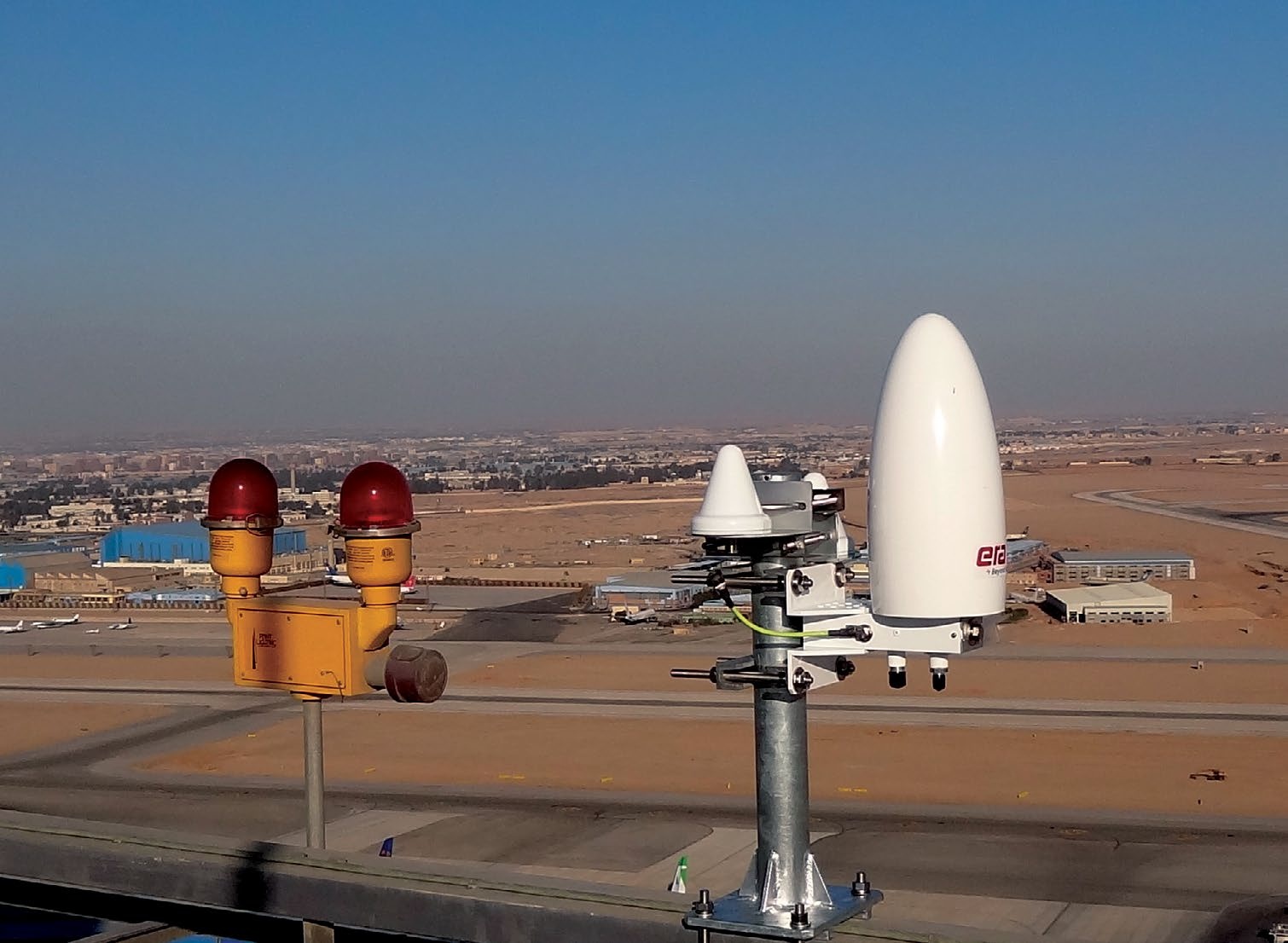 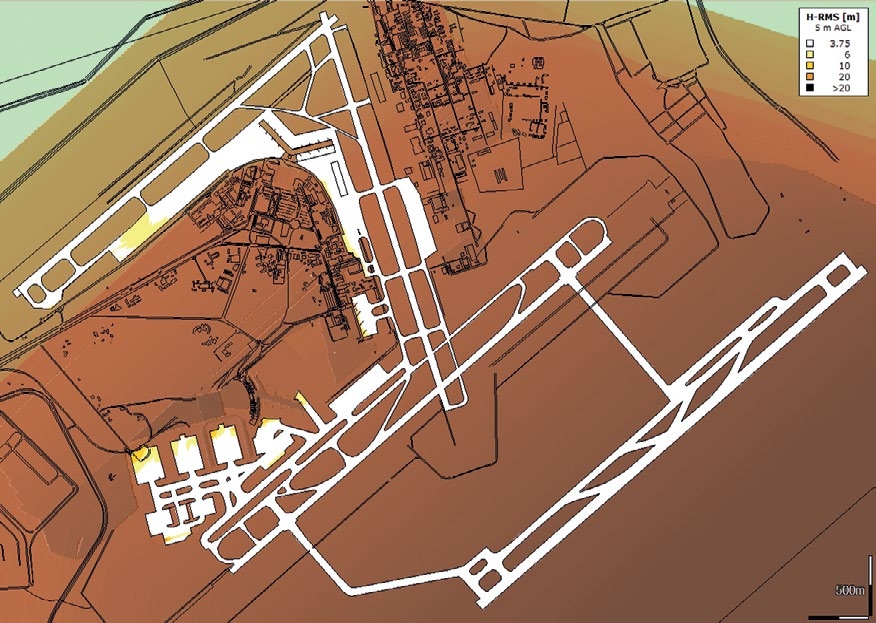 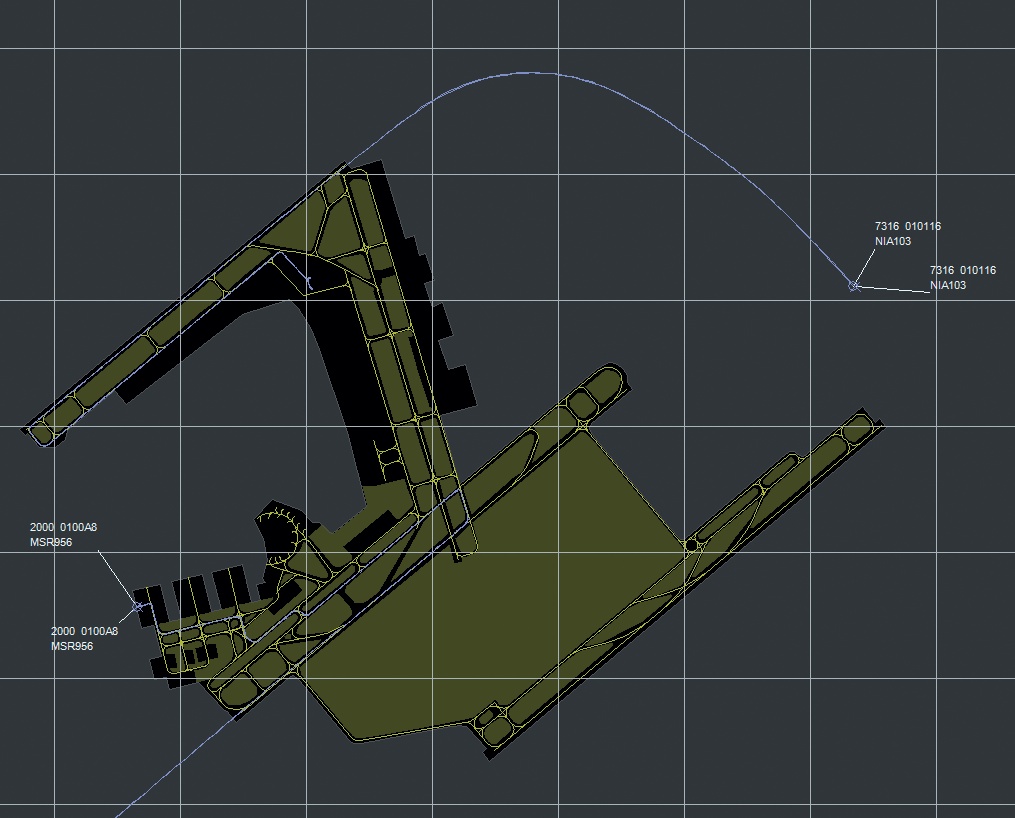 The figure presents screen shot from ERA Maintenance Display displaying arriving and departing traffic including its tracking on the airport manoeuvring areas up to the stand position.

HITT Traffic is a leading provider of quality traffic management and surveillance systems. HITT develops technology to improve safety, security and efficiency at airports and in marine environments.

Motorola Canopy wireless links by American company Motorola solutions are designed to deliver consistent and reliable wireless broadband service. The Canopy system gracefully scales to support large deployments such as the one used at Cairo Airport. This is achieved through the system’s unique synchronization capabilities using GPS as well as Canopy’s inherent interference techniques. 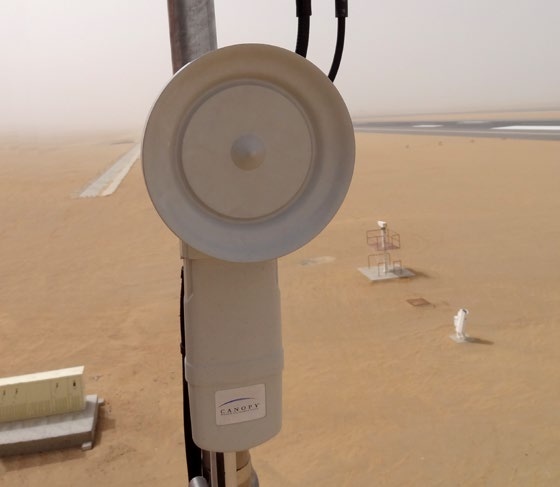