We delivered WAM and surface surveillance systems plus Vehicle Tracking

Cape Town is Africa´s third busiest airport. The airport was opened in 1954 and is located approximately 20 kilometres from the city centre. It has direct flights to several destinations in Africa, Asia and Europe. The first years of the 21st century saw tremendous growth at the airport with the airport peaking at 8.4 million passengers per annum in 2007-08. The air route between Cape Town and Johannesburg was the world´s ninth busiest air route in 2011 with an estimated 4.5 million passengers. In preparation for the 2010 FIFA World Cup, Cape Town International Airport was extensively expanded and renovated.

The goal of the system has been to provide, in actual time, the positions and identifications of aircraft and vehicles equipped with the operational SSR transponder. Output data can be provided to a multi-sensor fusion system as well. The system was manufactured by ERA to meet the customer’s (Air Traffic and Navigational Services - ATNS) surveillance requirements as follows:

The airport surveillance brings with it additional problems of radio shadowing by urban objects with the number of receivers having to be set according to the airport structure to ensure at least the minimal number of irradiated receivers. In certain areas, additional receivers could serve for improvement in position measuring accuracy.

ERA was contracted to implement multilateration/ADS-B surface surveillance systems at Cape Town Airport, South Africa as part of the consortium led by French SEEE-IS (INEO). This consortium was awarded a contract by South African ANSP ATNS to deliver a Multi-sensor Surveillance System (MSS) for CPT. The pilot project begun in 2005 was intended to demonstrate the potential and feasibility of multilateration systems in South Africa. ERA installed six ground stations at the airport and three ground stations (WAM) in the surrounding mountains. A successful trial period in Cape Town resulted in the certification by the South African Civil Aviation Authority in 2006.

In early 2007, South African ATNS issued a RFP (request for proposal) for new A-SMGCS systems for Cape Town together with Johannesburg to support the upcoming World Cup competition. ERA was awarded a contract to provide the Johannesburg airport with its MSS system and SQUID vehicle tracking units and under this contract it was also tasked to extend Cape Town system’s capabilities with additional sensors over a wide area (all together 6 after the extension) and surface surveillance (currently 10 GS plus 15 SQUIDS).

The system is based on the TDOA multilateration principle and provides accurate position and identification information of SSR transponder equipped aircraft and surface vehicles by “multilaterating” of signals transmitted by the transponders. The MSS is a system dedicated to providing surveillance data of all Mode A/C/S transponder equipped aircraft and vehicles on the airport surface and in the airport vicinity. It operates under all climate circumstances concerning temperature (minus 15°C to plus 40°C) and relative humidity - 20 to 90 % with no condensation.

ATNS is responsible for air traffic control over approximately 10 % of the world’s airspace. Its goal is to provide safe and efficient ATM solutions and associated services and be the preferred supplier to the African Continent and selected international markets. 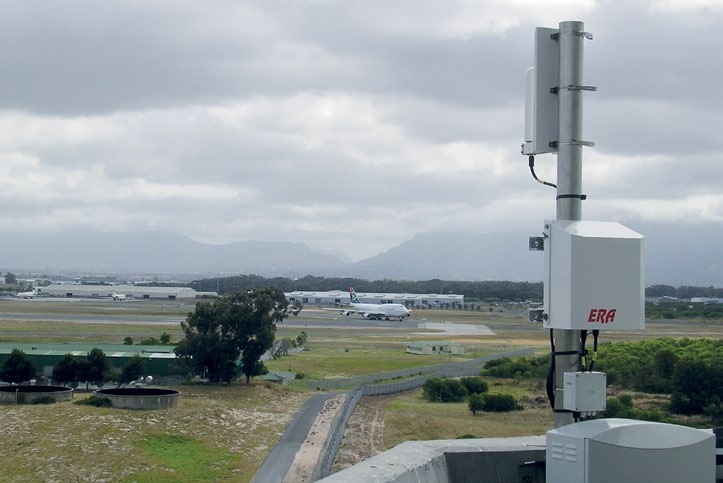 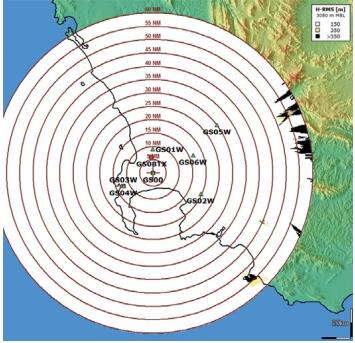 “The completion of this project is an important achievement as ATNS continues to improve the safety and capacity of ATNS's Air Traffic Management systems. The CAA certification demonstrates the fitness of the ERA multilateration system as an alternative surveillance method to traditional SSR.”